Who’s Behind Palantir UK feat. What are They Doing on Your Campus? 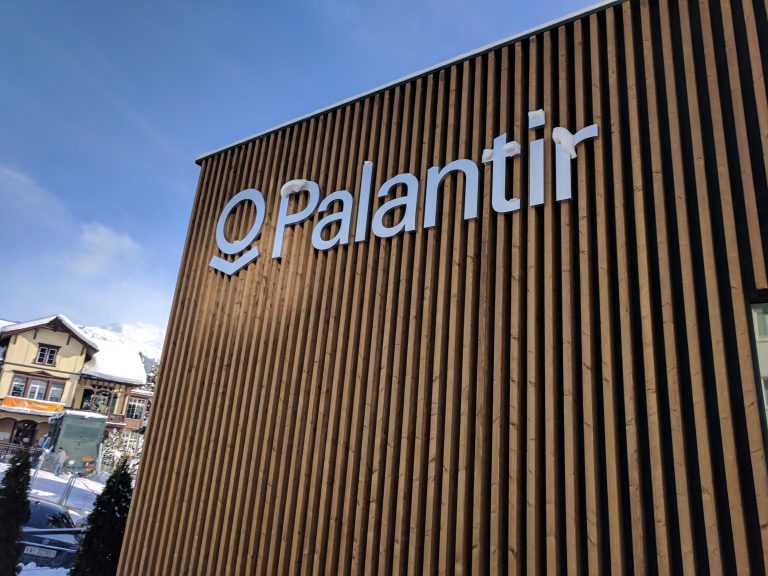 Palantir’s co-founder Peter Thiel who according to Bloomberg, even after Palantir’s opening in the market, “will have more control over the company than any other individual or investor group, and an unconventional voting structure will award additional power to Thiel and two other co-founders in perpetuity.”[1] He is allegedly a controversial figure in Silicon Valley and beyond. His interactions and political engagement with the right-wing conservative movement in the US have prompted concern over Palantir’s increasing involvement in government, and the political bias of its tools. In 2016, Thiel spoke at the Republican National Convention in support of Donald Trump’s presidential bid. Since the 2016 Presidential election, he has gained a reputation as a staunch Trump supporter. In 2019, Thiel spoke at the National Conservatism Conference about the risks of universities “spreading the virus of ‘cultural Marxism,’” a phrase often used as a dog-whistle by radical alt-right supporters.[2]During the Trump inauguration, Thiel was also in attendance at The DeploraBall, described as “a gathering of far-right activists and conspiracy theorists.”[3] Thiel’s own personal views on the incompatibility of freedom and democracy[4], Palantir’s involvement with ICE, and the policing of activists all point to the company’s willingness to provide tech that underpins illiberal actions.

The sometimes deadly consequences of the company’s work are often shrugged off – Palantir CEO Alex Karp has, as recently as 2020, made it clear that the company he runs develops tools that are used “to kill people.”[5] Given the sizable role that Thiel and Karp have played in directing Palantir’s strategic priorities, their comments and actions are informative. It is not a coincidence that a company whose co-founder has ties to the Trump administration (which is actively dismantling the right to asylum in the US) is also enabling the deportation machine. The entanglement of the company’s actions in the US and its co-founders’ world views is a cautionary tale, and should be taken into account by governments interested in partnering with them. Palantir’s contracts with governments around the world have increased in their value to the company markedly over the last two years.

Palantir has already started to create a niche for itself in the UK, incorporating several influential figures as stakeholders in the company. These include a peer in the House of Lords and a Queen’s Counsellor, raising significant concerns about conflicts of interest between Palantir and the public.

Some of the key individuals for the company’s presence in UK are listed below:

Salma Shah | Consultant
A business rules appointment application made to the Home Office reveals the Salma Shah – previously special consultant to the Home Secretary (at the time Sajid Javid) Shah has been employed a consultant to Palantir since November 2019. The Home Office’s response to the application make it clear the she is not allowed to be “directly involved in any work connected to the Home Office nor use [her] Whitehall contacts to influence policy or secure business for these companies or their clients. In addition for 2 years after leaving the Civil Service [she] should not become personally involved in lobbying government on behalf of these companies or their clients nor should you draw on privileged information available to you from your time in Crown Service.” Shah left the services in July and was working for Palantir by November. Given these restrictions it’s strange she would be so quickly employed by a company so interested in making deals with the government she is not allowed to lobby.

Duncan Robertson | UK Government Lead
Duncan Robertson is the UK Government Lead for Palantir. As an engineering consultant and angel investor, he has connections to groups ranging from Microsoft and Samsung to start-ups like Metail and TrialReach.[7] He is involved in Palantir’s pursuit of government contracts, and has made it clear, when questions about the risks Palantir’s software can create for individuals, that the company’s principal concern is about staying in line with “the safety of the law” [8]  – a meaningless phrase..

Sir Daniel Lincoln Bethlehem | Director, Palantir UK
Sir Daniel Bethlehem sits on the Board of Palantir Technologies UK, Ltd, and has been Director since 2013. He is also a barrister with Twenty Essex and Queen’s Counsel, having previously served as the principal Legal Adviser for the Foreign and Commonwealth Office and the Director of the Lauterpacht Centre of International Law at the University of Cambridge.[9]

Palantir’s business model is rooted in the company’s close relationships to governments, and its increasingly close ties with the UK’s government raises significant concerns around conflicts of interest. Palantir’s interests are self-serving, they are not in the public interest.

What’s Your Uni Got to Do With It?

Of the three universities mentioned, Palantir is least involved with St Andrews, where its activity, at least in recent years, has been limited to presenting at career fairs. Their last engagement at St Andrews was in October 2019: Palantir exhibited at the Science and Technology Fair. They were met by No Tech For Tyrants student organisers who argued that “the world-class computer science and technology programs at St Andrews should not feed into a tech pipeline that serves the work of family separation, migrant detention, and inhumane abuses of people.”[10]

At Cambridge university, the engagements run deeper. Beyond sponsoring an undergraduate dissertation prize, exhibiting at an annual career fair, and delivering a recruitment-focused talk entitled, “Privacy and Civil Liberties (PCL) & Machine Learning,” Palantir actually sponsors Computer Lab at the University of Cambridge.[11] Students, staff, and faculty are challenging that activity, arguing that Cambridge, “…which counts refugees and migrants among its student body, should not enable the ‘marginalisation of people who fled or are fleeing conflict, persecution and hunger’”.[12]

Palantir’s engagements at the University of Oxford follow a similar pattern. The Department of Computer Science accepted money from Palantir to fund a student prize and, on at least two occasions, hosted representatives from Palantir. No Tech for Tyrants have also received reports that Palantir are contacting Oxford colleges directly to circulate company information.

No Tech for Tyrants student organizers argued in Justice Everywhere that Higher Education Institutions should implement new ethical guidelines to regulate their corporate partnerships.[13] But – despite the pushback from students, staff, and faculty – university administrators currently appear to be uninterested in taking serious action against Palantir.[14]

Interested in learning more about NT4T’s work or getting involved? Join us for onboarding and action on November 2: bit.ly/NT4T-welcome.